Two months and I’ll be damned if I’m gonna hot-wax myself to the floor. (Grooming Notes from the Great Quarantine.)

A note about the home grooming. It’s been well-over two months since anyone other than me has been involved in my upkeep. My appearance may be good enough for quarantine, but I know better. I feel like that goldfish who looks active and robust at the fair, but suddenly appears limp and grey the minute you get her  home. I may look pretty decent around the house (and let us all say a small prayer of thanks for phone and Zoom filters), but who are we kidding here? The minute I go out into mixed company, I’m gonna look like that old lady who puts on her makeup in the dark. In a moving car. With her feet. (Or that woman from the Airplane movie.)

I’ve been dying my hair forever, and I’ve even dyed it at home before (there was a time when M did it for me because I kept making an awful mess, dripping hair dye all over the apartment; the solution was keeping me prisoner in the bathtub until it was all over), but the addition of some highlights means that my hair is now about fourteen shades of brown, not one of which is pretty, and all of which is brassy. In a certain light, I am positively orange. I keep putting a pair of  scissors in my Amazon cart, then taking them out, because I know if they show up at the house I’m going to have no choice but to hack at the ends of my hair and none of that will turn out well.

It looks like a pubic hair went for a walk and found its way to my eyebrow. That’s all.

I may be the only person happy about the face masks because my chin is a battleground between the six stubborn zits that have set up shop there and refuse to leave and two intransigent foot-long hairs which, from the right angle, make me look like an aging billy goat. (Also, once again, can the person who keeps “borrowing” my tweezers please return them? Thank you.)

As for the neck down, the last time I got involved in any home-hot-waxing, I waxed my inner thigh to the linoleum floor. (This project also required M to cross the hall of our married student housing dorm and ask the Texan football player and his wife if we could use their microwave because we didn’t own one. To this day, I wonder if they ever figured out what I was doing.) For now, I’m leaving it all be and wearing a caftan. I’m also wearing sweats and socks and wool slippers because it’s May in NYC and it just snowed and can someone please restore order to the universe?

I’ve been gardening without gloves because my hands were already shot from all the manic hand-washing and anyway, the home manicures I’ve been doing largely involve me painting my nails minutes before I fall asleep sitting up and waking up a few hours later to find polish everywhere but my nails.

I’ve tried face masks and hair masks and I’m staring right now at a product which will force my entire foot to peel off only to reveal the foot of a baby underneath, but I don’t buy it.

None of this shit is working.

My skin is grey. My hair is orange and I just tried on a pair of jeans with a drawstring waist and I may never be going back again.

The Great Toilet Paper Shortage of 2020, the Silkwood Shower … and Other Notes From a Quarantine.

After almost three weeks of being virtually entirely reliant on food delivery, yesterday I woke up early and headed to the store. I went in search of toilet paper. I went in search of toilet paper and came home without toilet paper and I don’t need to tell any of you why that is. Apparently Americans are currently wiping their bums at an alarming rate, because you can’t find the stuff anywhere and I’m starting to get nervous and may or may not have just purchased some dodgy TP on Ebay.

I’m pretty sure I spent the entirety of my time in the store touching my face, so once I got home from the store, I promptly stripped down and reenacted the Silkwood shower scene, which for those of you too young to have any idea what I’m talking about is this:

I had assumed yesterday’s shower was my big grooming effort for the week, but alas I spoke to a NYT reporter about life in quarantine/extreme social distancing (day 21!) and the paper sent over a photographer to photograph us in our natural habitat (from a distance) which mostly involved me unloading and then loading the dishwasher and washing my hands while singing nothing because there are no songs left for me to sing.

Let me just say this, and I hope you’re all ok with a bit of profanity: I’m pretty sure that when this article comes out I’m gonna look like an enormous asshole, which is all but impossible when a photographer comes into your home and you’re pretending that your own little corner of disfunction is anything but that. (When you’ve basically only been in the company of your own family for 21 days, interacting with a stranger is awkward. Also, try convincing your now-sixteen year old son that the best way to celebrate his big birthday is with the very family members who he’s been penned in with for three weeks, a random photographer and a tub of Clorox wipes.)

I’m also going to look like the kind of woman who thinks it’s ok to show up for a photo session in leggings and a dirty black sweatshirt that was clean hours ago but is now covered in all the food I’d been shoving into my mouth all day. In my defense, I thought I’d upped my game by removing the regular leggings I have been wearing nonstop for 21 days and put on the shiny pair I save for special occasions but I’m pretty sure there was a piece of pasta stuck to my butt the entire time, so shiny or not I’m still gonna look like an enormous asshole with penne on my backside.

I cannot say anything else about the pasta or all the rest of the rest of the food I consumed today because there is just so much of it and I couldn’t even tell you what I ate. Except for a chickpea pancake. I have decided that if I eat chickpea pancakes once a day I’ll be balancing out the meat consumption in the house and counteracting all the other crap I’m consuming. So far, being a smug vegan does not seem to be working. I feel revolting. All the time.

We awoke to snow here in New York, which seemed to taunt us for the first hours of the day. Every time I looked out the window, the snowflakes (which eventually turned to freezing rain, because why not?) seemed to whisper — oh, you want a snow day? oh, I’ll give you a snow day! In fact, I’ll give you about 21 days in a row. How about them apples?

I do not like them apples. I do not like them at all. I may have wanted a snow day but I didn’t want this. And now there is photographic evidence of this endless snow day… and plenty of it is of me unloading the dishwasher and of me washing my hands.

Which I’m about to go and do again, and while I’m at it, I suggest you do the same. Also, check your butt. I think you have some rice stuck to it. You can thank me later.

A word about the snacking, and the things I miss. (Notes from a Quarantine.) 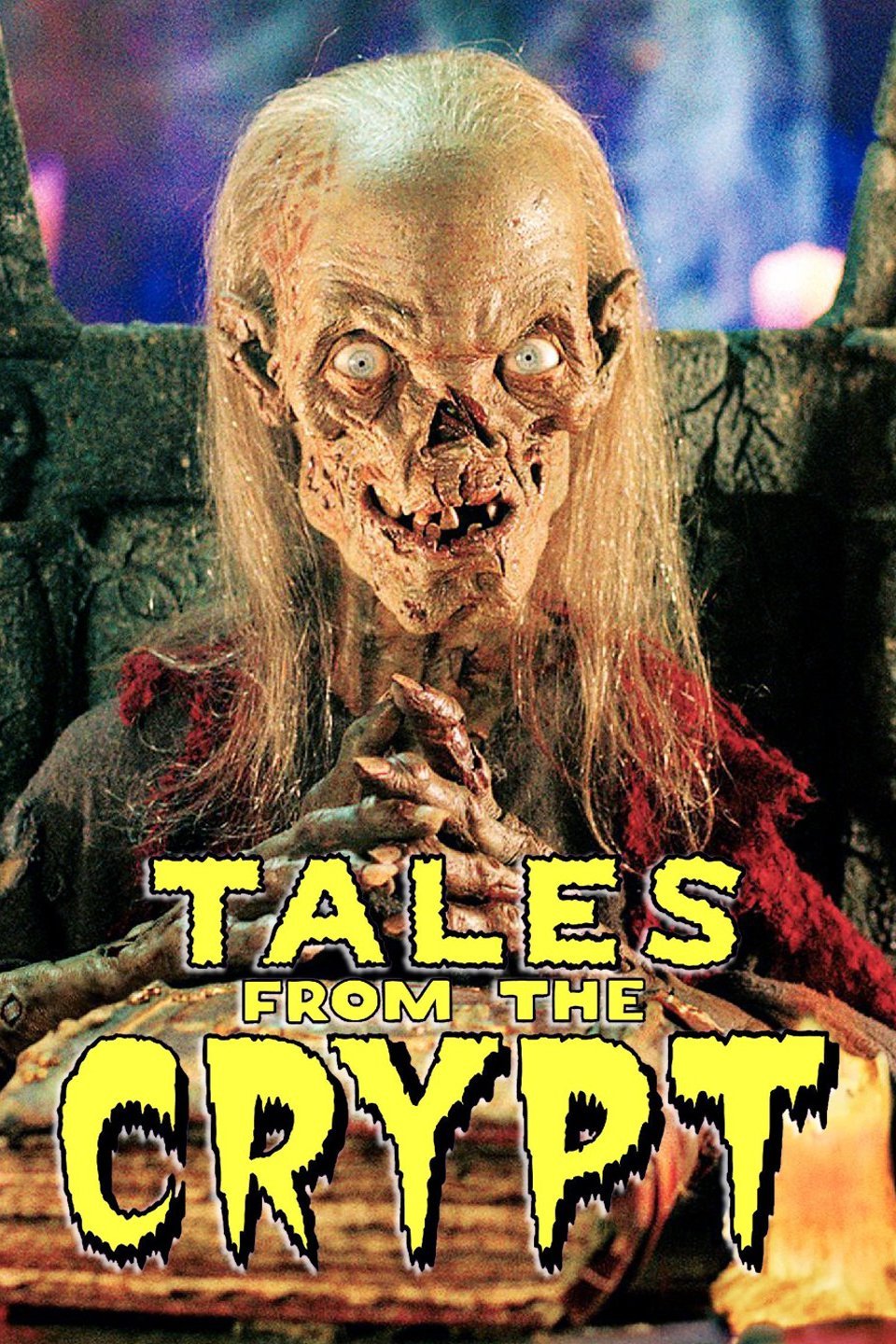 Mostly, I miss the sense of normalcy of life before we were all indoors. My kids are starting to look like the children from the Flowers in the Attic, and not in that adorable tow-headed (yet incest-y) way. The only winner has been our cat Lois, who hates to be home alone (also, not apparently much of an introvert) and thinks she has died and gone to homebody heaven.

Hoping you all have good, restful weekends, that you are doing a better job than I am of fighting off the snacking demons, and that you did not (as I may have) pull a child by the ponytail this week. #winning.

This is the Corner We Live In. (Notes from the Quarantine.)

Before I start, let me just say this: This is a scary time and some people in my community are sick. My kids’ schools have been closed and they are all under a two-week quarantine. Because I teach in one of the schools, so am I. While most of us are scared,  many more have it FAR worse than I have it at the moment.

Having said that, this effing sucks. I love my husband. I love my children. I do not, under any circumstances, need to be trapped in the house with them for going on ten days. Here’s what else I don’t need —

I’m wishing everyone good health and peace of mind to get through all this time inside. I hope you have better snack food than I do. I hope your children clean up after themselves, but if they do, I really don’t want to hear about it. Also, no posts please about chore wheels.

PS: Here I am after I spent time outside painting rocks. I’d like to thank the child who took time away from fighting with her sister to memorialize just how glamorous I look.